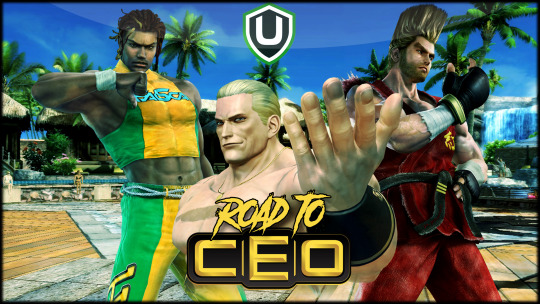 Author’s Note: I really wish, looking back at it now, I was able to go to this event. This was the first time I covered a major for the team, or any team really, where everyone of the main roster was there aside from me. Majority of the team is based in Florida/Southern USA, so it was easier for everyone to show up I’d imagine. Regardless, I had to rely on interviewing not one, not two, but I believe five or so team mates for this one and the following article. It was fun though. Felt like I was there.

Cheers! Cereal here! We are a little over a week away from CEO 2018 and it still feels like yesterday when Combo Breaker took place. Although it has been a month in between the two majors, there has been no rest in between as our players, TunK and Ando, have been to several tournaments including the latest Revival where they each placed high respectively. Newcomer Fabo has also been putting in work regarding his recent performance in Momocon as well as taking third in the recent Gwinnett Brawl.

The stars are all aligning for all three members to provide a threat towards the opposition within the upcoming weekend. Although I won’t be there in attendance to rally and provide support this time around, I was able to get in touch with all three to ask them how each are prepping for the event in their own way.

While the names, TunK and Fabo, are known within the Unbroken team as well as their respective local scenes, I was interested in how each of them would like to be known as within a broader community. Like the questions I’ve asked Ando when I’ve first met him, I’ve asked them to introduce themselves in a way that they would want to be known within the community on a more global scale.

Fabo was an interesting case, as I’ve had my thoughts on the origin of his name from the beginning and my suspicions were confirmed. His name is indeed taken from the rapper, also named Fabo, from the Atlanta rap group D4L, a name he has held since his high school days. Like mostly everyone here he picked up Tekken at a young age, yet didn’t start to play competitively until Tekken 5. Similarly, to Ando’s success with Paul, Fabo’s preference for Paul is due to his simplicity and payoff. Playing Paul forces him to play an honest game of Tekken in regards to spacing, punishment, and doing a lot for a little. Although this would be his first CEO, this is by no means his first major experience as he’s been contending in Final Round, representing home court, for the past five years. In the worst-case scenario, he still wishes to make the most of his CEO experience by playing against as many people as he can, increasing his matchup experience, and enjoying himself. As this will be the first time he will be within a beach in several years, and with part of the allure of CEO being located on the beach, he plans to wind down and relax when he’s not death-fisting his way through pools.

I’ve also reached out to TunK as well. Regarding him, I felt more of a personal connection to him mainly due to our main characters, but also how differently he plays compared to my own playstyle and how experienced he is compared to me. He’s been playing Tekken for almost as long, yet once again playing competitively in majors since 2008, around the tail end of Tekken 5’s lifespan. However, probably the difference between Tunk and Fabo as far as character choices is his reasoning for playing Eddy. Playing more unorthodox characters like Eddy and Lucky Chloe makes the game fun for him in a way that it opens new ways to play the game.

This differs from the more “honest” style of playing, as one acknowledges the rules of the game, then decides to play by their own rules. Playing “honest” characters, such as Shaheen and Dragunov, turns him away as he feels while learning multiple characters for their matchups are key, playing these characters bore him. There isn’t a right or a wrong way to go about this. Both playstyles, the explosive playstyle and the honest playstyle, are valid in their own ways and it depends on the players and their preference. There’s never a right or a wrong way to play Tekken, only what works for you and what doesn’t work.

Playing one of the most infamous characters in the game doesn’t deter him from his talents, as in 2013 he made top 10, only losing to Obscure. He has been to several master events as well, with him citing Dreamhack Denver being his favorite with a top 25 finish.

When asked how he felt about playing internationals, he isn’t deterred from them. Playing against Kkokkoma in Final Round and losing to him, he was happier that he was able to play against him and do well rather than feel nervous. Going into CEO he takes on the same mindset no matter who it is he plays against, although there is one person on his radar who, coincidentally, was the same person who was on mine in the previous article I’ve written, Jeondding. If there was one player to beat, that is on his radar, it would be him. He also bears confidence that he can beat Jeondding as well, if it were to come a time where he would play against him either in tournament or in casuals.

Lastly there was Ando, who out of the three I felt the most personal to since we’ve met in person and I was able to talk to him more about his nuances and his progression regarding CEO. He’s been taking to practice mode to get used to the matchups that were giving him a hard time, as well as looking up videos relating to said characters. There’s never a right way to deal with a character’s moveset. Ando’s training methods this time around was all about finding the best out of the many options you have that would yield the most results.

Another change in his playstyle he wishes to improve upon from Combo Breaker is a more aggressive one. There were several instances where he could have secured an advantageous situation, but opted not to in order to see what his opponent would do next. Going into CEO, he still aims to play smartly, but not give his opponent any opportunity to breathe, much like a pitbull.

This will also be his second CEO experience, so he has a leg up on what to expect going in, but he also wants to take in more of what the event has to offer. Soul Calibur 6 has been on his radar, as well as exploring the venue during off times. There’s also the main pull which is the NJPW event although the certainty of getting into the event due to its popularity is uncertain.

Whether it’s securing points for the Tekken World Tour, placing as high as possible to do better than a previous performance, or just playing for the love of the game, all share a similar sentiment. A common goal for all three competitors is to do well in representing their hometown, in the case of two being from Jacksonville and one being from Atlanta, as well as representing the team. The next weekend coming up is going to be one to look forward to, not just from Team Unbroken as a unit, but from each of these players individually. 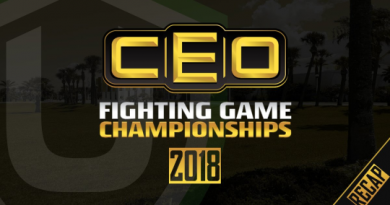 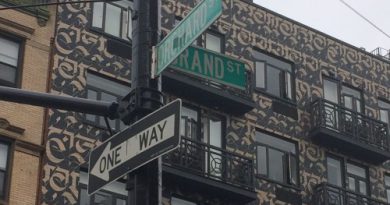 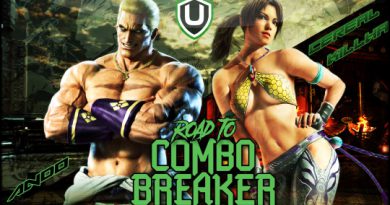 Road to Combo Breaker: A Tale of Two Souls