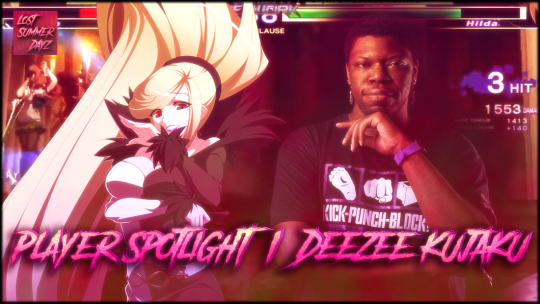 This year’s Winter Brawl 3D concluded as yet another success. Ever since the event started to follow the formula of placing emphasis on 3D fighters such as Soul Calibur 6, Tekken 7, and Dead or Alive 6, the competition across the board has been nothing short of explosive.

If anyone wants a definition of explosion, look no further than the Top 16 into Top 8 matches for Tekken 7. Some of the largest upsets and runs were established late into Sunday evening and everyone played out of their minds.

However, despite the “3D” in the title and its emphasis, Winter Brawl supports a wide range of titles under their name. It wouldn’t be a Big E event without it’s diversity after all.

2020 is looking to be the year of yet another anime fighter renaissance. With the release of Granblue Fantasy Versus, the release of Season 3 for Dragonball FighterZ, and the release of the latest update to Under Night In-Birth all within the same month, February proved to be a month of new beginnings.

What better way to usher in such a new beginning with the victory of not just a good friend, but a fellow team mate of mine as well?

I’d like to take the time to introduce a new series I’m working on with Lost Summer Dayz named Sunbeams. This segment is meant to highlight either up and coming players, underdogs of the FGC, or those who are just a delight to the community.

The FGC is a vast ocean of talent waiting for the sun to beam down upon them, so I want to cover players who I feel are key players of interest in my eyes into the public’s eye.The past weekend’s rays certainly shone bright for this lad.

On Saturday’s Under Night In-Birth Exe:Late cl-r tournament, the connoisseur of bad bitches himself, Deezee Kujaku, managed to win first place without dropping a single set.

Arguably the “baddest bitch” in the series, Hilda was the character of choice as he swept through winners in a climatic mirror match finish against an earlier opponent.

The following day I wanted to ask him a few questions as I spent the majority of the prior day congratulating him for his huge accomplishment. With the blaring atmosphere of the Soul Calibur 6 finals in the background, Deezee gladly offered a few of his words in not just his victory, but who he is as a player as well.

So, as a Lost Summer’s first of many to come, I present to you Kick Punch Block’s very own, Deezee Kujaku in this exclusive player’s spotlight!

Nay: I just wanted to say, once again, congrats on your big win yesterday. I see you rocking the medal you won yesterday! First I wanted to start by asking how long have you been playing fighting games? Starting from the origins down to the moment you started heading out to events.

DZ: I’ve been playing fighters since I was a kid, like, 1996. I didn’t really start competing until 2008. Went to a small local event and got washed, but it made me want to grow and start getting better at these.

DZ: I’ve played all kinds of fighting games and over time a few clicked while a few didn’t. Still, I’d like to try them all to see what appeals to me the most.

Nay: Which game do you think clicks with you the most?  It’s safe to assume that Under Night is one of those games. Knowing you a bit more, I understand that King of Fighters and SNK games are a huge staple as well.

DZ: Right now, King of Fighters and Under Night really click with me the most out of everything I’ve played. However, I do have a fondness for other games like the Tekken and Marvel series. Most of my skill lies in the former two games though.

Nay: What do you feel those two games [King of Fighters; Under Night In-Birth] have that click with you more than other games you may have an interest in? What sets them apart from the rest?

DZ: I’m a huge fan of many characters even if it isn’t Hilda. Honestly to get me to play a fighting game or any game, if the cast of characters are unique or interesting, it’ll make me gravitate towards it.

Nay: It’s funny you mention [grapplers and zoners] because Hilda is a zoner and Shermie is a grappler, so they couldn’t be any different from each other naturally.

DZ: Well, see the thing about that is Shermie’s a hybrid. Mainly if you consider Orochi Shermie as more of a zoner. I do use some of her tricks in Under NIght and vice versa. Sometimes I think “Hmm, I wonder if Shermie can do something similar to what I can do with Hilda,” as a way to make people more defensive. There is a little correlation, but at the end of the day there’s no real relation to the characters. I’d like to say I’m adaptable. If I love the character enough, then I’m willing to play and learn their style regardless.

Nay: Do you think that the opposite is true? Your experience playing Shermie and O. Shermie translating well into Hilda thus allowing you to play at a high level?

DZ: It helps a lot with my spacing. Shermie has unorthodox normals in her game and the same goes for Hilda in her game. So I have to see how each normal works from which distance. There’s other characters who I play such as Athena, Chris, and Blue Mary that I also use as a base for experience. I also like to watch other high level players play [Hilda] so I can understand what it is they are doing that I can use in my style and gameplay.

Nay: You also mentioned that your Winter Brawl victory in UNICLR is your first major win?

DZ: First major and tournament win in general actually. I’ve come close in several other tournaments. I’d get a 7th place here a 5th place there. I’d even get a 2nd place victory, but I never got first. I’m really excited for my win even though it was a small bracket. The few players that were there were really good players so it felt great to come out on top and win against my demons.

Nay: Bouncing on that and being your first tournament win, what would you say to those who have been playing just as long, even longer, or the newcomers who feel like they are also struggling to reach the grand prize? Those who may feel discouraged?

DZ: Don’t give up. Don’t give up. I understand it’s intimidating to newcomers and it’s frustrating to those who have been playing and you don’t feel like you’re good compared to others. Only one person can win, after all. However, the way I see it we all went 0-2 at some point. Eventually you’ll get to 1-2, then you’ll break even, then you’ll go 3-2, and suddenly you’re in top 8.

Nay: Are there any closing comments you’d like to say to anyone reading this right now to bounce off from what you’ve said?

DZ: Travel. Travel a lot. I know everyone is pushing the “support your locals” agenda which I agree with, but there’s a wider range of competition outside of city limits. You go to your locals to get comfortable in playing a specific game a specific way within the bracket. Once you feel comfortable enough, travel out to Combo Breaker or Big E events. If you’re West Coast then NCR/SCR or whatever major tournaments there are within your region.

DZ: Most players have a major within their region of the country so even if you don’t want to travel too far, there’s still always something close by at least several times a month. Just go out there and see how you do. You’re never going to progress if you don’t try and give it a shot. The worst thing you can do is lose and even then you try again.

Due to the nature of these tournaments in specialized events, the bracket was small. However, it was by no means a deterrent to his win as Deezee had earned every win and every victory leading up to the first place medal. After I’ve finished recording, I chimed in my own thoughts of “small tournaments vs large tournaments,” and in most cases the smaller brackets are the most dangerous.

The smaller bracket ensures that you’ll come across a concentrated group of people, all of whom may be really amazing at the game. The larger the tournament, the larger the density for various skill levels across the board. No matter how big or small, a W is a W! One should always feel proud of their accomplishments!

As this year is just beginning for Deezee, we of the Lost Summer Dayz thank him for his time in humbling our questions and we cheer him on as he surely places in more tournaments throughout the year! Congrats once again Deezee!

To view the tournament in its entirety, in which screencap credits are also credited to, check out this video by the KombatNetwork below! 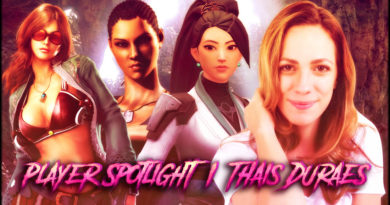 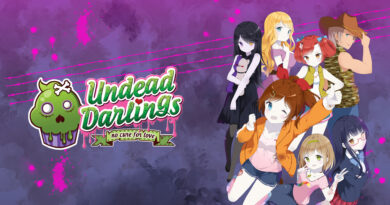 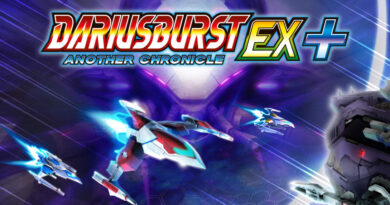